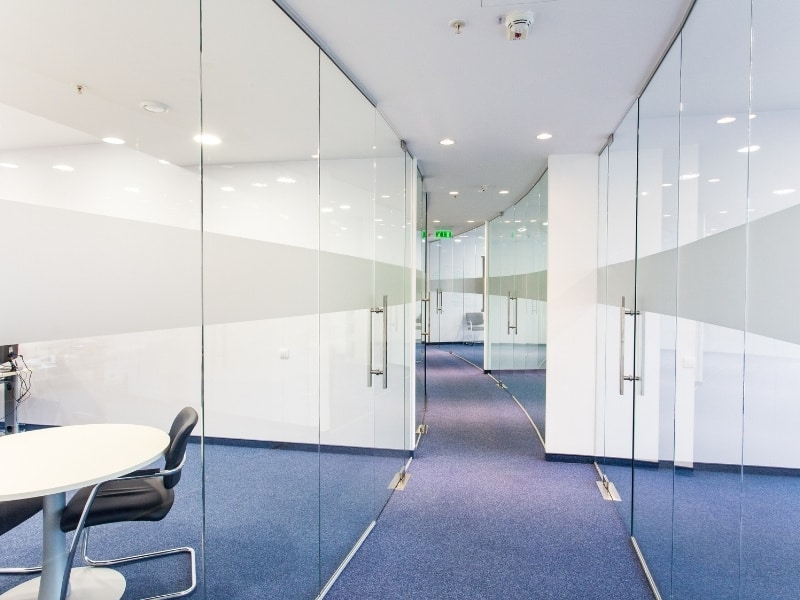 Earlier this year one of Cambridge’s largest companies, ARM, who are one of the market leaders in microprocessor Intellectual Property, announced that they are due to expand their headquarters. Due to floor space shortage, they found that they were not providing the desired service levels to their employees and were concerned about the impact that this would have on attracting and maintaining the best talent and so began renting out additional office space as a short term solution. This was found to not be a sustainable long-term solution so they will be demolishing one of their office buildings to build two new ones. This expansion not only means that they can potentially hire new personnel to deliver a better service to their customers, it also means that there is a greater need for cleaners. The increase in footfall, facilities used, general wear and tear produced by people and surface area means that there is also more work for their chosen cleaning company. This is also the case for other types of buildings such as schools, hospitals and restaurants.

It has also just been announced that Gilead is looking at a 28million new build in Cambridge increasing the demand for both local services and staffing.

As well as the increase in dirt and mess produced by employees when a new building is built or an existing one is expanded to allow for a growing workforce, there is also a lot of waste and debris created during the actual building process. Whilst it is a different, specialised type of cleaner to your typical office cleaning company, there is a specific branch of the commercial cleaning industry for effectively and safely cleaning up after building work that benefits greatly from the increase in building projects. Due to the amount of dust produced by building works and potentially dangerous materials and equipment used, it is always important to use a specialised cleaning company for this task.

Of course, having a new building built does not necessarily mean that the previous building is being demolished. Often the old building is sold on to a new company once the existing tenants have moved on to a larger building and in these cases a commercial cleaning company is required for an end of tenancy clean. This means that the building is given a thorough deep clean and the owner of the property is able to get the best possible return on their investment. There are many cleaning companies that offer end of tenancy cleans as a one-off service which is useful if you have a smaller business and have not previously required a long-term cleaner. Commercial cleaners have an eye for detail so they are able to leave a building in its best possible condition.

Cambridge’s commercial cleaning companies not only benefit from the city’s building projects, there are also many ways in which they are in turn useful to these projects.

For further details on Spotless range of bespoke Commercial Cleaning services contact us on 01223 502664. 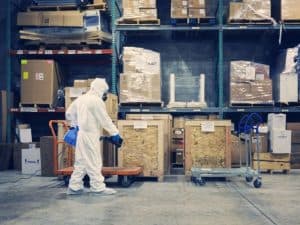 Ensuring Your Factory or Warehouses is COVID-Secure

Stay safe by following best practices to avoid becoming exposed and infected by Covid-19. Cleaning solutions for factory and warehouses. 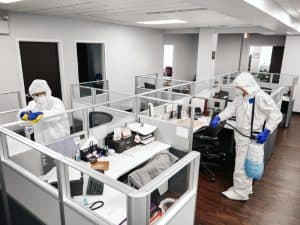 How clean is Your Office?

When you think of the dirtiest places that you can be, you wouldn’t necessarily think of your office but the average desk is covered in approximately 10 million bacteria. 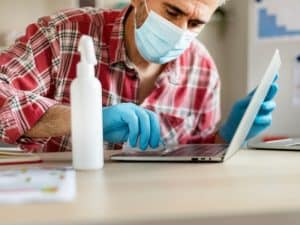 It might not strike you as an obviously dirty place but the average office desk has more bacteria than a toilet. 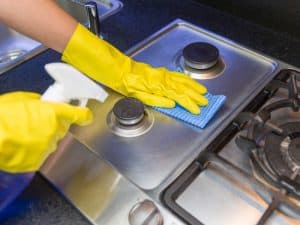 There are many ways to make keeping your space clean a lot easier and a lot of little-known tricks you can employ.