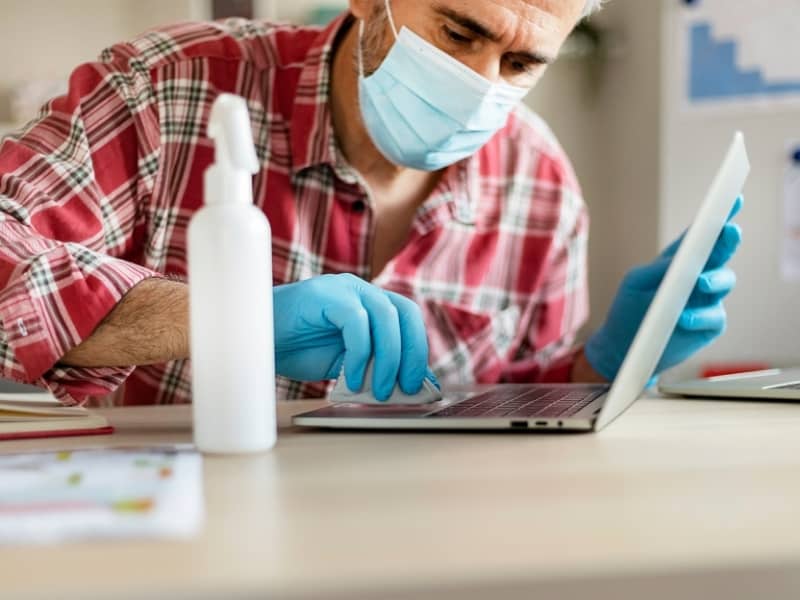 It might not strike you as an obviously dirty place but the average office desk has more bacteria than a toilet. Between poor personal hygiene, consuming food and drink at desks without cleaning up properly before or after and transmitting bacteria from outside environments such as public transport, offices can harbour around 500 different types of bacteria. Some of these are benign but others can cause serious sicknesses and illnesses. Bearing in mind that sick days cost UK employers an average of £29 billion a year, it is important to be aware of what germs can lurk in the office and where the dirtiest hot spots are. These are 10 of the most common office germs.

This bacterium is often found in soil and stagnant water as well as being found on your office keyboard. Whilst it may not have much effect if you are fit and healthy, it is known as an “opportunistic” organism as it can cause seriously infections if transmitted to people who are vulnerable, e.g. the elderly and those with pre-existing health conditions.

Another keyboard-loving bacterium, this can cause staph infections and some strains are becoming resistant to certain antibiotics (MRSA). It is also linked to food poisoning.

This group of bacteria are fairly harmless and one of the four main groups of natural flora found in the human digestive tract however too much or too little of these bacteria can upset the natural balance of your gut.

These are usually found in fresh water or in soil as there are terrestrial and aquatic strains which really highlights how easily outside bacteria can be transported. They can cause various illnesses.

One that has had plenty of media exposure, e-coli has been found on office keyboards when swabbed. It can easily spread by poor personal hygiene.

This bacteria causes severe food poisoning and infections and, in the vulnerable, can be deadly. It can be found in the office fridge if it is not cleaned out properly and spread when people eat at their desks.

This usually lives in the sticky mucus that lines the stomach. It ends up on keyboards and phones from poor personal hygiene.

Cyanobacteria are interesting because they have characteristics of both bacteria and blue-green algae. Certain strains can cause illnesses.

Known as C.diff for short, this type of bacteria is naturally found in around 5% of people’s digestive tract but can cause illnesses in some individuals.

The Norovirus causes severe vomiting and diarrhoea and is very easily transmitted person to person. As it is a virus, not a bacterium, it isn’t killed by antibacterial hand sanitiser.

As well as people washing their hands regularly to help stop germs from spreading, offices need daily cleaning and the occasional deep clean. Hiring a professional cleaning company means that you get an expert, thorough cleaning and you can feel confident that your office is a safe and hygienic place for everyone. 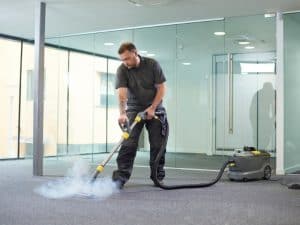 Without proper care, the carpets at your firm could really let you down when it comes to giving a good impression. 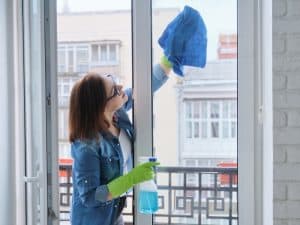 You may be able to manage to clean your windows at home yourself, but the windows in your business premises are an entirely different matter. 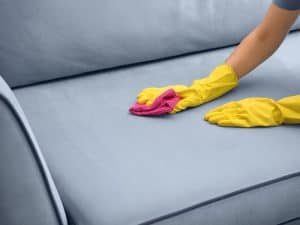 Whether you have a small team in a single office or manage an entire building, industrial upholstery cleaners can really help to preserve the look and condition of your office furniture. 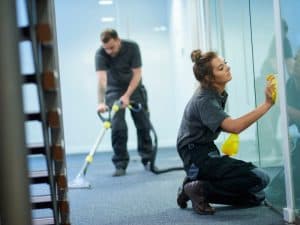 If you manage a property you will understand how much dirt and debris can build up so a professional cleaner is a must.